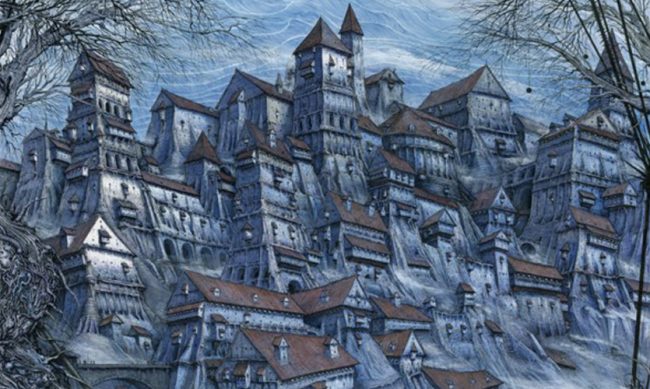 Yesterday, Theresa May, despite holding on by her fingertips for months, finally let go of her position as Prime Minister, delivering a resignation speech in front of number 10 that picked apart was a truly offensive display, at every turn giving an opposite account to the political consequences of her government. In what was an interesting and jarring echo of history May, like Thatcher, broke into tears on her way out, giving credence to those who hold that these times stand in parallel with the 80s, with the hopeful Corbyn Labour party representing here the failure of Michael Foot and the wider, bitter failure of the left during that decade. Of course, the comparison holds about as much water as a sieve, falling apart as soon as one bares in mind the stark contrast between what both Thatcher and May were leaving behind.

Thatcher, despite her eventual fall, had succeeded. Unlike May’s government in the very first instance, she had set out to wage ideological warfare with an uncompromising goal, and over the course of the decade, had fought tooth and nail to achieve the complete demoralisation of the left, the dominance of neoliberal economic doctrine. Her iron-clad war-machine had run rough-shod over all opposition. Amid the bodies, the spoils of war, she had been victorious, and as such her tearful exit holds an air of the army general ousted before his time. She had more war to wage … if only she’d been given the chance to wage it. She didn’t have to, however. Her victory proved total, to the extent where in the following decade the Labour party rode in through acquiescing to the war machine, surrendering to the neoliberal terminator and ultimately turning it onto us, leading into a time dominated by the underlying assumptions of Capitalist Realism. We now enacted our own domination, the march of post-fordism ensured our inability to see past it, in time dividing not only resources but time, time to act, time to think, time to change.

May came in, the result of a sudden leadership contest in the aftermath of the EU membership referendum, amidst the dying embers of the established order. The total ideological victory of Thatcher, neoliberalism, had grown lazy, arrogant, and decadent. During the 2000s the assumption was that it would last forever, Francis Fukuyama’s proclamation of the “End of History” was all too real, an endless limbo from which we could not escape. First the financial crash of 2008, then years later the surprise result of the EU referendum and the election of Donald Trump in the US, alongside a number of sudden resurgent fascist interests and imitators, were ugly impositions on the assumed comfortable reality of Post-Fordist capital, of course representing the repressed knowledge that it was never that comfortable at all.

The time of Theresa May’s PMship can be recognised as the desperate scrambling attempts of the conservative party to restore some semblance of order, against the backdrop of a gradually more apparent descent into squabbles and infighting. The Tories, having put into practice their idea of being the natural party of government for so long now, can’t now reconcile their insistence on maintaining the limbo of yesterday with the collapse of today. May exits on a pile of unspoken misery, of the onward march of a ruined respectability. Increasingly she struck the figure of the aristocrat holing themselves up in castle Gormenghast, away from the destitution below and amidst the crumbling, overgrown parapets of a dead or dying order.

It is against all this that her sadness must be measured. In a blustering, sputtering response to Owen Jones yesterday upon his statement that he felt “less than no sympathy” for May, we heard a plea for a “human response”. What is a human response if not to point out the absurdity of presenting a “woe is me” narrative in relation to someone who in tandem with their allies furthered a wave of misery and destitution, who refused to acknowledge their part in the deaths of hundreds of working class people in fear of weakening their ideological hegemony. There should be no more sympathy here than she and her government ever displayed to the people they plunged into precarity, poverty and homelessness, the people they have systematically shamed for finding themselves at the bottom of society.

Theresa May’s sadness cannot be seen as a mere individual reaction, it is a sadness undeniably loaded with the delusions of the ruling classes. The fact that so many right wing politicians and commentators will jump onto this to moralise at the left … show some empathy … demonstrates precisely how rich her tears are with symbolic leverage. For years we’ve seen the unspoken insistence reign that more empathy is to be shown for the respectable bourgeoisie than the feckless scroungers at the bottom, and this is why; so that when it comes to facing up to the human consequences of their actions the leverage of sympathy lies with them, so that we all feel sorry for the fallen politician who was dealt a rough hand and was only trying to do their best, rather than tackle the real violence they perpetrated in the role and the ideological underpinnings of their policies. So by all means, show some sympathy, but not for May, for all the people who’s lives she and her government helped ruin and take. Indeed is it sympathy as much as anger that should be driving us in this moment, an anger that can be effectively channelled into something to replace this crumbling edifice for good.