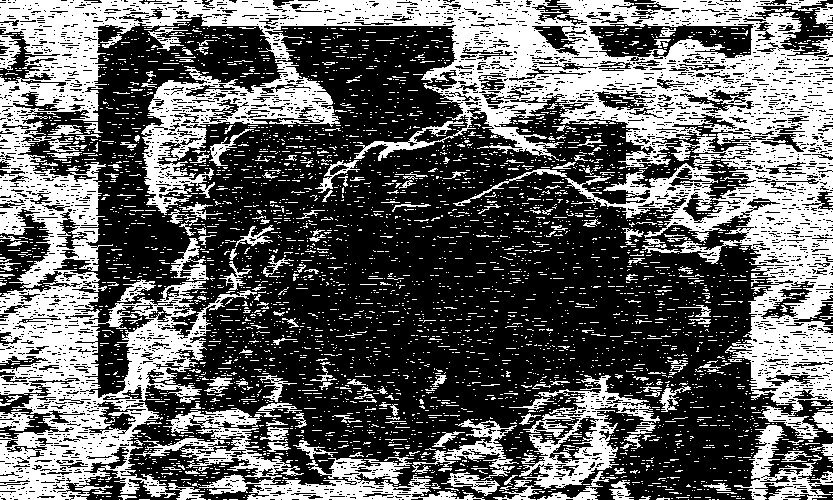 A central conceit of Ridley Scott’s poorly executed return to the Alien franchise was the existence of what many have jokingly referred to as the black goo. This strange substance becomes a recurring theme throughout the bloated mess of backstory in Prometheus and Alien: Covenant, but if we are to look at the better of the two films [though it is still replete with rather tired biblical references and questionable writing] Prometheus, the black substance takes on something of an interesting role. The film’s best scene is its first, wherein an engineer, this supposed superhuman alien race, seems to imbue some of the strange black substance, upon which we see strands of DNA dissolving and recombining as the humanoid alien falls into the waterfall, body decomposing. The strange liquid is speculated in the film to be some kind of biological weapon, and is seen to be working in the manner of a virus, infecting the DNA of the host and dismantling/reassembling it in some way. In Covenant, the end effects of the substance appears to transform it into a rather uninteresting tool of mass destruction, although its actual effect and purpose becomes rather muddled, but if we focus in on its warping, changing capabilities, it becomes a far more interesting beast.

One of the crew members in Prometheus, having taken some of the black goo into his system, returns a horrifically mutated beast with superhuman strength, and it is here the namesake of the film becomes apparent, the promethean aspiration in the form of an insidious virus, realigning blood and flesh into something else, changing the underlying structure of our biology and transforming us. The black goo as a tool of destruction and rebirth. In Prometheus of course this rebirth has horrific consequences, but is this in effect not the very same action as that proposed by radical politics? Is the aim not, when looked at in stark terms, to realign the very DNA of material society? The alien virus destroys and rebuilds in the same way as an ecosystem, constantly shifting, realigning and adapting in reaction to its inside and outside components, constantly engaged in the process of falling apart and coming back together, an unending process that belies the fixed identities projected onto its mutative surface.

Identity is an incoherent babbling monster, consistently and violently rending itself to shreds, down to the connecting tissue, that which melds and connects, thrives in direct contact and sticky disharmony. This is in some sense why the language of the machine is no longer sufficient to describe the multitude that forms us. While on one hand we and all around us are governed by connection, cause/effect, lines of communication, forming a sprawling computing network, and in this sense we can grasp the basics of programming matter, on the other, if we take a detour we must realise that the complexity of these forms exceed any of our machinic enterprises in sheer weirdness and abstraction. For now, the common understanding of the machine, the robot, the android, is something that on a basic level has a creator. It requires a sophisticated intelligence, usually pooled intelligences, to come into being, and whats more these intelligences must purpose themselves towards the creation of the machine, applying a certain concerted objectivity to the affair, and cementing the limitations of the machine itself.

Ideas of Cyborg are key here not because of their framing of the organic as artificial, or the artificial as organic, but both of these things. Organic=artificial=organic=artificial. In this sense if we look at the Virus we find a key example of a term that encompasses both, viruses. in linguistic terms, infect both other organisms and computers, and so if we link the two uses of the word we bridge the gap between us and the machine and perhaps find encompassed the sticky difference and consistent linkages between the two, the advent of posthuman ecologies.

In discussing the virus in these terms, I wish to avoid two distinct attitudes. The trap of vitalism, of placing into the world some kind of unverifiable “life-force”, and the inverse trap of on-brand-nihilism; by this I mean a kind of thinking that falls back on tired and uninteresting observations regarding lack of meaning, that often comes across more like a teenager who has just discovered existentialism than any kind of creative or valuable interjection into thought. It often seeks to unsettle and yet only ever succeeds in boring me with its ceaseless repetition of banal nihilistic observations of the most shallow variety; tackling the seething underbelly of the seemingly idyllic surface of an ecosystem is far more than a simple acknowledgement of the void, or violence, or even chaos. It is all of these things and more, not necessarily at the same time, but connected in some way, links in an ongoing chain expanding outwards in consistent realignment. This is again, lest anyone read into this more than I’m saying, not some questionable assignment of transcendential forces linking everything, but is something I would conceptualize as a far more materialist phenomenon, something inherent in the dynamics of matter, and something that doesn’t need some pseudo-spiritual vitality to drive it. It is neither a drive to life, nor to death … even to describe it as a drive at all belies its fundamental material nature.

In this sense, I want to return to the virus not as something inherently generating death, nor as something representative of some underlying life but as a process devoid of explicit moral connotation. We tend to fear the virus, something that has taken on connotations, quite understandably, of disease and death, of breakdown. A computer virus an invasive code that breaks down our doors and puts our digital identity at risk, and the organic virus an invasive bacteria entering our bodies and causing havoc within our complex systems. The virus in both instances is defined as an invader, but it is also important to note the difference in effect of different viral organisms, in severity/specific area/direct effect/lingering effect/infectiousness etc … and in this sense, when conceptualising the intervention in human societies, the political movement as a virus, a collective organism spreading itself through, it emphasises the importance of effect, the directness of action as the definition of new societies.

As we move across some kind of threshold into what may be some disconcerting no mans land of unknown potentials it remains important to consider exactly what we want to achieve, the direction in which we want to programme the virus, how exactly we want to infect the body, disrupt its antibodies as they tirelessly transform production and desire into the reanimation of maggot-riddled corpses, the army of the dead to ward off the tendrils of ruination. It becomes increasingly necessary to organise movements beyond the limitations of human quantities, to map out into uncharted territories and move forward as a virus might move into the body of a host, utilizing the parasitic nature of our capital driven ontologies and twisting it into itself, an act of sheering off the branches to encourage new growth, of redirecting the flows of viral infection.

The theme of shifting identity, destroying and regrowing, and the indifferent mutative qualities of the ways the organic combines, recombines and changes itself according to an unpredictable logic lies at the centre of Jeff Vandermeer’s weird fiction tour de force Annihilation and its film adaptation. New growth from self-destruction, the horrific confrontation with the serene, unsettling twisted nature of the unknown, the infection of the land using the latent possibilities within it, collecting, melding, utilizing thoughts, memories, attributes, features, and re-organising them.

This disease, knowing nothing of moral fortitude or transcendential human logics, must operate quite apart from our anthropoid assumptions, a cold entity moving with undecipherable purpose. The virus is the rational disconnect from our assumptions, the affect-action realignment of causes using the inside to encourage outside growth. The logic of the virus is the rediscovery of a lost coldness and negativity, long subsumed by the new-age creative wallpaper paste dynamic of unbridled affirmation. It moves past the language of thanatos, death, the machine, past the virile subjective male libido, the organic/synthetic distinctions, towards a direct engagement with the nullity of reality and the succession of affects that drive it. The virus is the organism moving and changing with a predetermined agency within a causal universe, and so it becomes the potentials of systematic political realignment, the negation of social systems as a strengthening of ecosystem rather than utter destruction.

By all this I don’t mean to propose a distinct system, by no means do I suggest to form some new political movement; “the virus manifesto” – yes, we haven’t had quite enough pointless manifestos recently already [see “hopepunk”, “vitalist manifesto” et al], but as a blogging mechanism I found it useful to expand my thoughts around a certain organism/structure, and how this might pertain to political realities. Certainly I wish to avoid the traps I mentioned earlier, and to focus on somewhat dialectic syntheses instead of utter resignation, collapse-porn or their opposite blind affirmations and new-agey appeals to essential creativity. I may expand on these thoughts in the future, although not necessarily via the framing device of the virus. It is important, moreso now than it has been at any point in the 21st century to consider the future with a lens of possibility, and this means straying away from the empty pathways of “love over hate” or moral proselytising that have proven so utterly ineffectual, and looking for new exits.