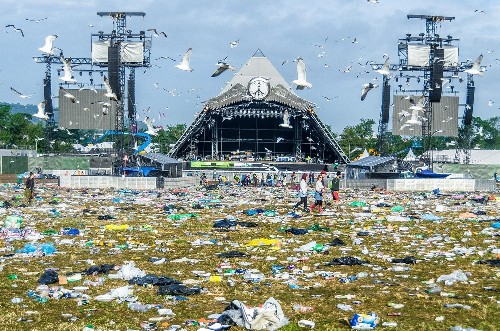 I lose count of the times I’ve heard someone claim they don’t like a piece of music or a film because it’s “too depressing”. What this means I have yet to find out, but I’ve become aware over the years that it seems to apply overwhelmingly to a lot of my own cultural library, and so tend to be somewhat irritated upon hearing it, even if directed at something that I myself am not terribly keen on. The implication here is clear, all that is not positive begone, we have no need for your emiserating antics.

This attitude is something that has taken its place at the opposite end from the apparent doom-mongers and naysayers, the party-poopers and orgy-ruiners of the world who just want to ruin everyone elses good time. You must be fun at parties goes the line as if being fun at parties was some kind of marker of good humour, as if so many of us were plunging ourselves into a hedonic haze and careening through muddy fields on amphetamines because we’re just so fun to be around. Put away that book it might make you depressed… copious levels of alcohol on the other hand…

To be clear I’m not anti-pleasure and I don’t want to come across as some puritan finger-wagging priest delivering a moral sermon, in fact quite the opposite.. what I want to point out is that it is this positivity injunction which itself functions in this way, denouncing any of us who dare criticize what we are supposed to enjoy. Picture a scene where a group are discussing a fast food outlet. Going around the room they can’t get over how amazing these burgers are, and the superlatives are flowing. Then it gets to you. You… don’t really think much of the place and you have a few words to say on it, so you say so. Silence. Everyone kind of looks at you strangely before someone says “yeahhh but it’s really good isn’t it” the conversation continues as if you had not spoken. Say on top of this your reason had to do primarily with the way the fast food outlet functioned, marketed its food, or produced it. Here, the injunction to be positive becomes an injunction to stay silent and conform. All the keep-calm-carry-on mugs and tea-towels in the world seem to be saying “Pipe down and let us have our fun”.

This all seems to point towards a refusal to think beyond the pleasure principle. Mark Fisher describes something in Capitalist Realism he terms as “Depressive Hedonia”; where depression is generally held as the inability to find pleasure in anything, what we find in Depressive Hedonia is the inability to do anything besides the pursuit of pleasure. Specifically given the breakdown of certain structures within education, the lack of resources or content, students will often find themselves sitting in their rooms getting high consuming entertainment because there’s nothing of interest to do… anything that is not connected to pleasure strikes us as worthless, something we’d have to really force ourselves into. This is connected in my mind to the positivity injunction, something that can be found just as much in the anxious and depressed communities of students as it can people “climbing the job ladder” and in the world of business. Among people my own age and younger however, there seems increasingly to be this attitude that if you are critical of something that provides us FUN then you are de facto ANTI-FUN. You’re slapped with a sticker that announces to everyone that you’re some miserable stick-in-the-mud, you have no time for the good life.

In my own experience this has emerged through my disdain for festivals. I was somewhat excited by the idea of the festival when I was younger for the novelty aspect, but gradually it becomes increasingly evident that festivals are where punk comes to die, events of staggering cultural emptiness predicated on the idea that nobody who goes to them actually cares, or will be too off their face to care, about what’s actually going on there. Even essential or exciting acts are drained of potency in the open fields, the whole sorry affair being a muddy slice of flabby carnivalesque bourgeois boredom alleviation designed not as a cultural event but a way to forget. Just camp out in a muddy field, take some drugs, forget about everything and enjoy Foster the People won’t you? The headline acts are often non-acts, non-culture, Marc Auge’s non-places in the form of bands, an airport waiting area on a musical stage, going through the motions of performance but having given up any attempt to carve out anything beyond a flat, meaningless success in a continuum of similitude. At it’s worst the festival is in fact a cavalcade of awkward nostalgia, the geriatric rolling stones still desperately pulling the same old shit despite the valorisation of youth suiting them now like… well like leather trousers on an elderly Mick Jagger. When did anything of any import really happen at a festival?

Well, suffice to say I don’t really think much of the festival environment, predicated as it us on the reduction of culture to museum, even worse, to a kind of repeating wallpaper design in front of which we drool over the settee in a ketamine haze. I’ve found this however a notably unpopular thing to say, the enjoyment of festivals being taken as something of a necessary, why WOULDN’T you enjoy this, you puritan.. the expectation here is that we just draw our mouths into a grotesque smile and just get down with everyone else. Hedonism here can be taken as some kind of Bataillean limit experience, the thing that provides the rest of our mundane lives with some exit, an outside where we don’t have to worry about paying the rent. As soon as we take those amphetamines or drink those beers, we enter a headspace away from all that miserable shit, all that politics, the boring stuff. It is like some kind of transcendental move, a heavenly experience … is it any surprise that festivals have become intertwined often with a kind of typical new age mysticism, the kind of religion where we can engage in its practices while simultaneously feeling above them.

And so the positivity injunction is a call to accept this state, to simple go ahead and dope yourself up, become numb to the world for a few days, accept mediocrity, accept the state of affairs as long as you can purge it temporarily, accept the endless waiting room, the repetition, the cultural logic of late capitalism, it’s all worth it for this moment of transcendent bliss, knocking down a few pints in a miserable field of desperate people on a cocktail of drugs and believing wholeheartedly that this is the best life will offer us. In this way the festival, and the positivity injunction itself, becomes a stagnant river, heaving with waste. It is the place where culture comes to a standstill, repeats itself due to the lack of will to accept anything could be better. Judgement, negativity is the ultimate sin, surely you can accept that all eras have their bad parts, nothing is inherently worse about now … except it is, there is an air of deprivation, and as much as we may hope against all hopes that really this is just how things are and it’s just different, no worse or better, there are concrete political reasons for this negativity.

The consistent dismantling of social security, the demonization of the unemployed & the working classes, the lack of cultural urgency [brought on non insignificantly by our subsistence on a diet of cyberculture and connectivity, the strange temporal effects of having access to a seemingly endless and overwhelming stream of data, described by Franco “Bifo” Berardi as Overload]. We have more than sufficient reason to be pissed off, and it’s about time to draw a line under this kind of forced positive attitude. Culture is more than entertainment, and as long as we insist that the only recourse we have is to a hedonistic escape from this earthly domain, we continue to reinforce the hegemony of Capitalist Realism and neoliberal theology. What we need is not some kind of neo-spiritual affirmative love-solves-all positive oppressive injunction, but a renewed sense that this is not all we can muster. We have a lot to care about, and if we didn’t care we wouldn’t spend all this time trying to suppress it; dare to think beyond the pleasure principle, and maybe we can build new forms of collectivity.