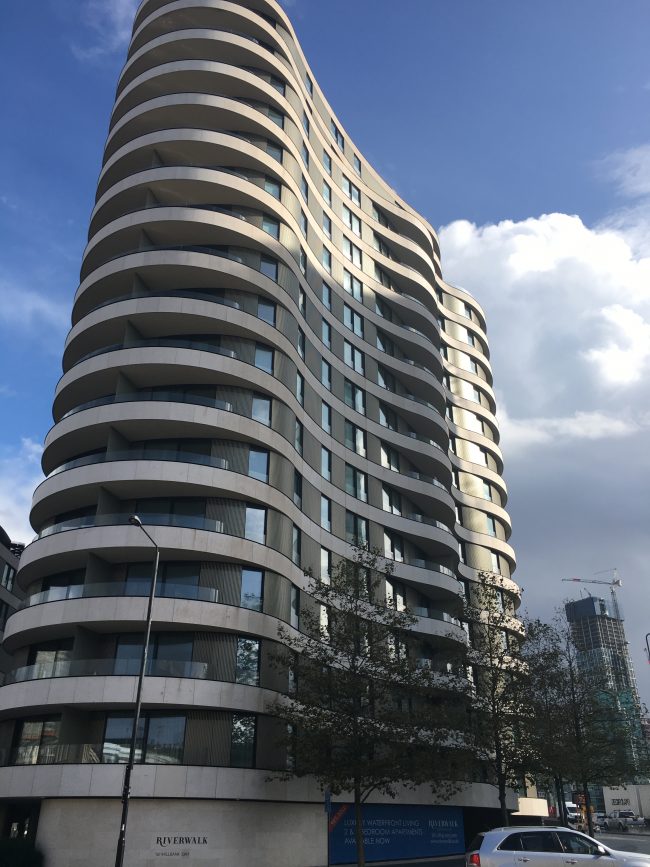 London, the capital, is always for me a fleeting place. Like the rushed, sour-faced businessmen pushing you out of the way, it’s there and then its gone, a blast of sickly wind to the face.. but whenever I’m there these days I always try and take the opportunity to wander, rather than just visit; not because I want to position myself as some kind of contemporary flaneur, but just exist somewhere else for a short time without having to go anywhere.

Regardless, when you find yourself rammed into the centre of the business towers, the immense slabs of glass threatening to bear down on you, the romantic ideal of the ego positioning itself as the observer seems to dissipate into so much asset management and ostentatious bars for well paid employees. Even if you wanted to, there’s not much society to observe here amongst the throngs of similitude, the empty shells of finance capital closing off the sky above you. It is ostensibly a teeming centre but winding in between its “phallic verticality” as Lefebvre put it, it feels more like a ghost city, the people becoming nothing but units, photons, atoms firing between the immensity of the capital syphons, asset strippers, resonators of dead labour. Indeed the unbound absurdity of the gigantic monuments to capital such as the Shard seems to overshadow the lives of all who surround it, a sharp, cutting manifestation of the teleology of capital, the hideous and predictable accuracy of its dehumanising impulse.

The expression non-place doesn’t seem to do it justice, here you find anti-places, erasure and decay beneath a propagation of gleaming battlements prepared for war, these wonders of the capital are built on dashed brains, these expensive developments on mangled limbs.. the reflective surfaces in their purity reek of blood. The architecture of central London is psychological warfare, a vertiginous fall into the abyss from the ground up. It strains every muscle to ensure that the social unconscious, that dirty, repressed underside, remains hidden to you, the visitor, but it can’t..

Eventually, if you allow for some drift, you are bound to emerge into the ruins, those parts that it can’t, or more likely has not yet erased and replaced in its constant cut-and-paste sprawl, and here you invariably find traces and leftovers, what the slick inner-city beast has spewed out and what it has abandoned mingles in with what it has yet to touch and what it so desperately wants to ignore. It is here that the gigantic, gleaming emerald city of London finance begins to feel like a cruel joke at the expense of the lives of the people here, an ostentatious display seemingly designed to provoke envy and resentment. The city is a building site, a shifting tableau, but only in one direction..

In fact, when you scan the horizon, you’d sometimes be forgiven for thinking an entirely new city was being built amidst the patchwork. Each new development and project comes with its own mediocre utopia, a little vision of an updated, “modernised” neighbourhood, an architectural model with miniature residents strolling in front of it. The problem of course as that these aren’t architectural models and these people aren’t blank plastic clones. The city-as-playground-for-investors planning approach is nothing less than a tactic of war where the lives and bodies of the marginalised and the poor are subjected to emotional and psychological violence and displacement in the name of the UK’s “place on the world stage”. To keep up this gigantic facade, those parts of society it doesn’t want you to see, that might turn off the money-taps, must be obscured between the folds and the cracks, still seen sometimes in flashes and glimpses, the reflection in the glass from the window of a bus.

And the ideal can be seen right there, in the centre, the living graveyards of investment and entrepreneurial capital. At one point you imagine people may have seen this as exciting, a new horizon, a symbol of prosperity, but it seems now like these impossibly solid bastions of industry are little but cold glass and steel staring back at you, employees faces a blank picture of banal misery as they check out for lunch break or a cigarette. The people here often seem like empty shells, they could be anyone but they try to be no one; as they gather around for an evening drink each face blends into another, everyone dresses the same way, everyone talks about the same things, where is the famed plasticity of capital here? The answer of course is that this plasticity exists only in order to maintain just this kind of simulation of socialisation. Even off-hours people rehearse their lines, practice a kind of set routine that they simply improvise in varying orders from day to day. This is the world where talking to people becomes networking, where nothing exists if not subordinated to a business and finance based logic, Mark Fisher’s “business ontology”, a wasteland of imaginary capital.

The wastelands of business flow, or rather shudder into the limelight of a consumer tourist wonderland, coffee chains lining the streets and the push and pull of crowds swelling the pavements. But again, the people fade into insignificance, the slick wet pavements in the rain hold more interest than a thousand faces. Here again life seems to play second fiddle to the mechanised operations of production and consumption playing out under the rubric of colourful branding and smiling, welcoming faces. I’ll revise what I said earlier, the spit and grime of the city is hidden, repressed, but it lies in plain sight at all times. The exasperated employee selling the five hundredth latte of the day, the homeless man sitting beneath the famous landmark, meters away from groups of tourists, the simple dirt on the streets.. a facade relies upon displaying its own inadequacies, in emphasising the cracks, to work, and here it is not that the marginalised and displaced are completely out of sight in a literal sense, it is simply that the space around us draws away from what’s in front of our own noses, the violence all around us.

Just as historically the city works by excreting layers on top of its crumbling past, it simultaneously canonises and elevates to an ideal certain monuments and mythologies, the impossibly fragile spires and gleaming domes, the remnants of the neoclassical, the Victorian morality play, all reactionary paeans to the past, solid pillars and defined perspective. In fact isn’t this somewhere at the heart of the London facade, and in the most literal sense of its most damning economic effects. On the one hand we have the dystopian shadow of finance capital, and on the other the similarly threatening Dickensian imaginary, each playing its part in a war machine, a disappearing engine, erasing hearts and minds by the day…

The city is a war zone, but we can’t see the combatants.