Peppered throughout the new track from Algiers, “Can the Sub-Bass Speak?” are conversation-pieces, quick-fire statements, on the bands music, on the classification of Black music and the Black experience, a direct quotation from a negative review of the band’s last album on that gleaming bastion of taste-making “cool-kid” pluralism Pitchfork. “The effect is weirdly impersonal.” The track is unlike anything the group have made before, and cements their status as a genuinely exciting and exhilarating imposition on the musical landscape, an overwhelming machine-gun fire montage of re-contextualised snippets, a re-construction of experience and a conflation of segments surging through a justifiably venomous savaging of absurd outbursts of criticism, a re-framing of ugly behaviour and points of reference that might otherwise slip past the field of vision.

“The effect is weirdly impersonal.” Indeed, impersonal, it’s not about you. Weirdly impersonal is the unique capacity of art to re-frame subjectivity, not the tired cliche of “wearing someone else’s shoes”, but a genuine deconstructive tendency that probably owes more to the developments of modernism than the fluffy ironisms of PoMo culture. It’s the stage at which, rather than simply aiming to reflect an experience back at us we are struck roundly by a barrage of disconnected snippets threaded together into a narrative dis-continuity. It is not a no-nonsense account of real life we are faced with here, but in its overwhelming scattershot sprawl we find a certain worldview, each place it appears cut-and-pasted into the next, spread across the floor before us in a single line and only then being projected full force back towards us. There is a necessary violence to the track, a broadside directed at safe platitudinous assumptions around the supposedly “unified” Black experience. It’s supposed to be hip-hop, or soul, or one thing or another, “You don’t know how to act”.

The construction of experience, is it “weirdly impersonal?” Is this a problem? Is it in fact a mistake to assume we need to broadcast the personal to have an effect? What is contained in the assumption that a deeply political expression of urgency is “impersonal” in a negative sense? Isn’t it the impersonal, the dis-continuous, the cross-referencing, here that precisely gives the track its power? It is indeed not about the individual subject but about an experience, a very real, material experience, but one we don’t all share, that is not a unity, that lies fractured on the planes of subjectivity… what emerges on this track nothing a searing statement of anger and intent. It’s fast, its disconcerting, its profound and its a deep and unassailable cultural-political flash of energy in the best way possible.. 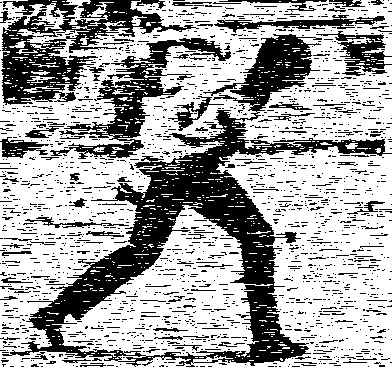 I recently went to see the band Algiers, having had a bit of a long sabbatical over the past year or so from live music tied into my own struggle with the void and related correlates. This was the kind of firecracker of a concert that frankly puts a lot of other turgid re-animations of the past to shame, from one of the most vital bands of our time.

Algiers are a band that I’ve found difficult to accurately summarise to people who ask what kind of music they play. I usually say something to the tune of “well it’s kind of gospel/post-punk/industrial” and this never fails to feel like a disservice to what the band achieves, pulling together disparate influences organically into what feels like a genuinely new sound, something that feels far from the usual retreads of past moments and breaks through into a new reality, capturing through its anguished howls the paranoia, anger and resentment of the current political climate. They marry a political vitality and strength of feeling with sounds that feel just as exciting, just as important. Any trite cross genre explanation I might give on a whim to anyone asking what kind of music they play is bound to fall short of all that.

Algiers are one of those groups that feel like a much needed blowing away of dust. The tired decrepit old avatars of indie/classic rock going through motions and limply gesturing at the crowd through a lens of utter disinterest, the mire of conservative, dull new-averse rock bands putting out the same record for the last 20 years, the hangers on of Brit Pop, the revivals. Beyond these fusty relics re-enacting questionable scenes of youth nostalgia for a youth that never was, one reaches a space where the musical landscape opens up, where re-invention becomes the order of the day. And so it is with a band such as Algiers, who arrive as rock re-formed, the pieces still there but arranged in an alien way, their politics more than a vague gesture and more a fully formed battering ram.

It’s true that their influences call back to that which came before. Lead Vocalist Franklin James Fisher’s background in Gospel shines out full and clear, a clarion call over the industrially tinged rhythms, and stabs of noisy guitar, recalling the fury and the experimentalism of punk and post-punk’s most daring moments. The synthesis of these elements however is what proves so utterly compelling, on their first self-titled album and even more-so on their second, The Underside of Power. Algiers are not a band that are here to give you a warmed over repetition of something you know, they aren’t interested in comforting you, or even I would say in making you feel good about the world. Their performance is a call to action of sorts, a roaring reminder of the injustices of the world and a powerful sucker-punch to the emotional centre. Compared to the constant rotation of unexciting indie bands singing vaguely melodic songs about love, Algiers strike an imposing figure, replete with fire and noise, with Utopian desire and purpose.

What I found in the twisted gospel thunderstorm in a converted church, was a convergence of struggles, a universal call to arms that while deeply resonant with the racial paranoias of the American south, the oppression of the underclasses everywhere, only really makes allusions to specific political causes in the lyrics, which importantly encompass a sense of political potency that is felt across the world. There’s no explicit anti-Trump anthem here, but the blood pumping urgency nonetheless remains, simply disconnected from any spacio-temporal specificity, standing in form as a manifesto of raging emotion rather than a direct political screed against any political party or individual. This is political music, protest music in fact, but it captures in its energy something deeper than the problems of the present, becoming the conjuring of anger, of resentment, of hope.