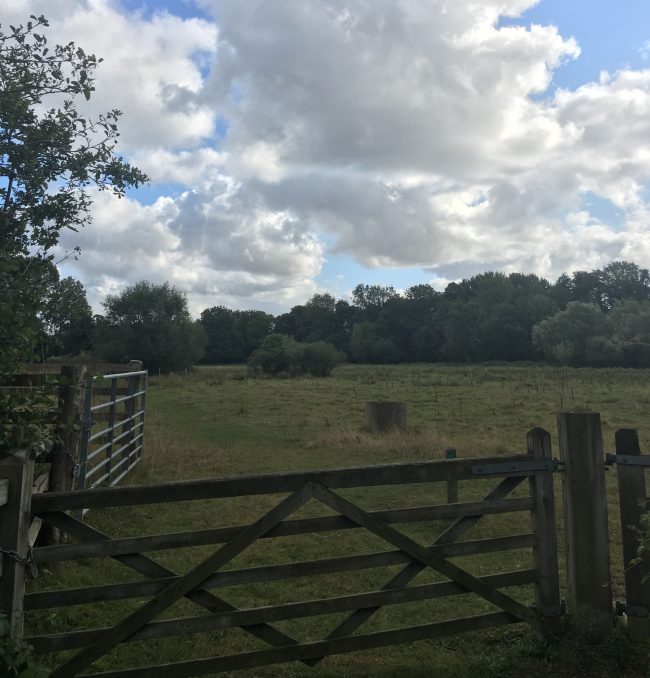 There is a staple of BBC daytime television I remember filtering into my brain as a child called “Escape to the Country”, an example of the property/lifestyle programme in which prospective buyers are shown round a series of houses in a particular rural location. The very premise of the series, contained in the title, lies in the idea that the countryside is where one escapes. Usually in this context this means well-off city couples looking for somewhere they might be able to “get away from it all”, live out their days in idyllic peace and quiet, they’ve has too much of the hustle and bustle of city streets and want to find a nice cottage in a picturesque heartland, the good life.

Of course having grown up in a country village, this didn’t quite square with me, this clear-cut duality.. why would I want to escape to the country when I was already there? On top of this, it was far from the pastoral idyll these city-dwellers seemed to envision; sure, you might relish the idea of having a view over the fields, but just wait until that breaks down into a sea of industrial agriculture. Sartre pointed out the ways in which city people often see in the countryside an untrammelled natural world that belies the carefully managed ways in which the landscape is effected by human activity, how a hedgerow or a field, entirely man made, are interpellated as the sublime beauty of mother nature, undisturbed. What happens when someone else’s outside is your inside? What for many represents this mysterious other becomes for another a deeply familiar, even banal reality. The “escape from modernity” implied in its twisting branches fades into a pile of discarded kebabs and coke bottles, the terrifying sublime into a half completed building project.

This is of course the issue of familiarity that inevitably follows such distinctions. Home, where we come from or where we live, inevitably carries with it a certain familiar tinge that disavows us from the illusions and mythologies others stretch on top of it. For me, the Norfolk landscape I grew up with is as much a site of blasted industry as folk tales and crooked trees, as much the place that framed my awkward adolescence as a place of nostalgia and yearning. Of course such phenomenological inconsistency is ironed out completely in escape to the country, devoted as it is to selling a dreamlike vision, it is practically a textbook example of a capital-driven fetishization of an other, the ideal other free of blemishes and faults. Of course while this example is a clear, explicit move to sell, hawk wares in the most base sense, another way we encounter the same issue is in the attempt to escape such banalities. The problem here becomes an overall equation of “outside” with a particular subject, a particular place.

To us, of course, the inside/outside division will always re-orient itself along the lines of familiarity. Home=familiar, inside, Away=unfamiliar, outside. Someone who grew up in the city might indeed view the countryside with a kind of rapt fascination, or idealism, but then of course from the other side of the mirror the city begins to look just as exciting, a hive of modernity and hedonism, of the new, the future.. both an interlinked burrow of contradiction and negation. Familiarity on both counts becomes a moderating influence, what in psycho-analytic terms we could call a reality principle. From the unbroken mask, we begin to see the cracks, the guano on the pavements, and are disavowed of our previous excitement. The search for the outside as Lacanian objet petit a, always frustrated whenever we think we have reached it.

Mark Fisher, in Weird and the Eerie, as well as elsewhere referred to the “inside as a folding of the outside”. This is indeed an apt observation, but by itself incomplete. What this seems to point towards at various points in his writing is if anything the collapsing of an inside/outside distinction as ontological truth, akin with both a Spinozist collapsing of Cartesian dualism and the post-structuralist death of the subject. And so just as much as the inside may be a folding in of outside influences, it is equally true that the outside is a projection of the inside. The point, as ever, is not the search for the green grass on the other side, but the collapsing of the boundary itself. Here we find the alien contained within the human and the human in the alien, nature in civilisation and civilisation in nature, the country in the city and the city in the country, each clear distinction muddied, questioned and broken down. It is here that the subject becomes an extension in contravention of experience which might hold each of us to be a walled off entity in our own right.

From this then, it becomes a matter of de-familiarisation. If it is the familiar that generates reality, to generate another reality, what Alenka Zupančič would attribute to a process of sublimation, requires a de-mystification of the banal, the reality principle itself. It is of course this process, this “revealing” of the ideological mediation that is experience, that opens the door to new worlds within the familiar; it is not the projection of some ego ideal but the very unfolding of what we perceive as natural and real. The conception of nature is a prime example of such a reality, a nice comfortably sectioned-away, bottled and labelled thing that must stand in opposition to the human subject, in a kind of pre-copernican anthropocentric universe. To de-familiarise, to unfold our surroundings is then to place the outside within the inside, the inhuman within the human as it were. But just so I don’t fall into a particular trap here, this unfolding is not any kind of revealing, not the mechanism hidden behind the magicians illusion; indeed don’t we have to assume that within this action of unfolding is contained the inherent precedent to a “re”folding, wherein the act of sublimation not only unveils the contingency of reality but transforms it, creating new possibilities.

Isn’t there a problem then, with our assumption of the “otherness” of the country? Should we be staring at the mirror hoping to reach the reflection on the other side? It is true, and I value these experiences very much, that we can stand in the middle of the woods and experience a remarkable and refreshing emptiness, feel somehow that we have “escaped”, but today what’s the likelihood we can do this without both coming across some clear evidence of manmade intervention or being interrupted by a holidaying family? More to the point, doesn’t this simply leave one familiar for another? The urban industrial for the pastoral industrial, we move from one to the other side of the river in the hope that the other we so desperately seek is contained there, and neglect the vital work of re-orienting the perception of the ground beneath our feet.